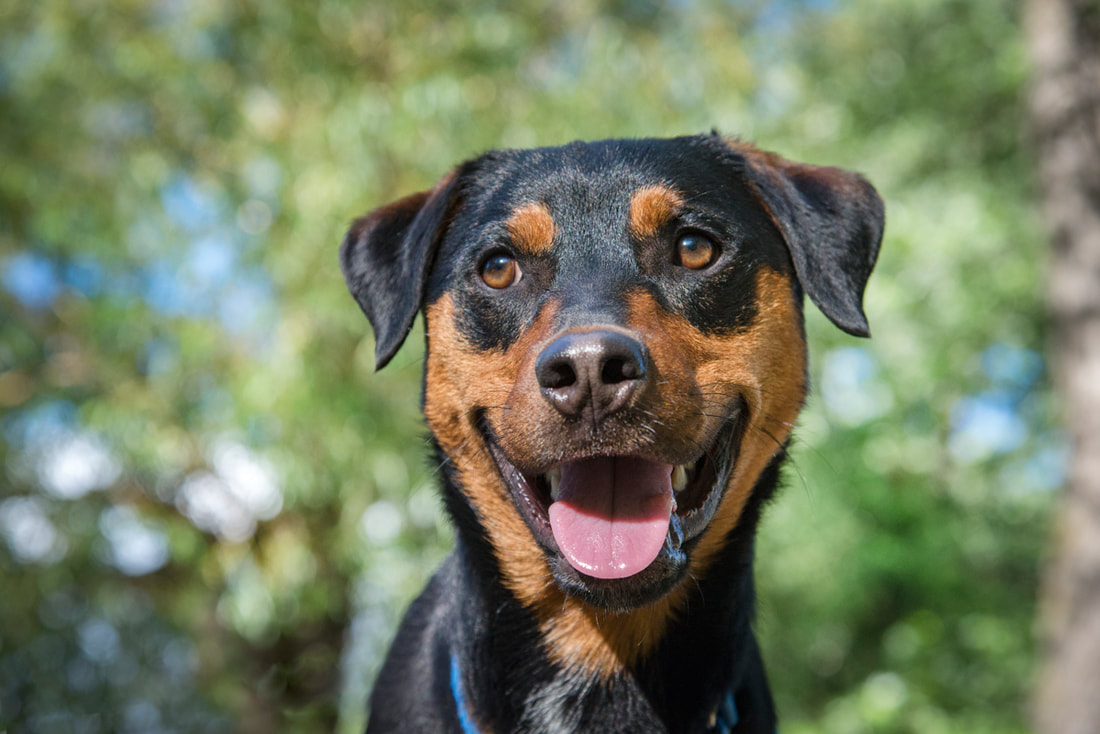 Chico photos and video: Chico's awesome rescuer dad, and ChayaDigitalArts.com
Chico is a fun-loving little dude with a healthy dose of energy. He loves to play and run around with other dogs, and also enjoys his one-on-one play time with his people.  He’s a big fan of tug-of-war, keep away and fetch, so don’t be surprised if he finds sticks or toys to bring to you in an effort to get you to play with him!

He generally does well with other dogs, and has briefly lived with a cat before. He would love to have a home with a bigger, confident, playful dog and backyard to play in. Chico loves having an outdoor space, so a yard is essential (doesn’t have to be big!) He’s a big sniffer, and enjoys laying out in the sun on a cool day.

Chico is super smart and knows several commands, such as sit, stay, down, paw, come here, leave it, look at me, and touch. He loves to use his brain through puzzles or training work, and is highly food-motivated. He’s never been known to turn down a command for a piece of salami, even when stringing several commands together and he’s drooling.

At home, Chico just wants to be around his people.  He’s happy to snuggle up on the couch with you while you watch TV and he’ll follow you around the house, just to stay close by.  He’s generally very quiet at home but he’ll definitely let you know if something is out of the ordinary.  When left alone at home, he’s good with free roam and doesn’t need to be crated.

Chico is not a fan of crowded places and strangers, although he does warm up to strangers in a short time.  He would do best in a home that’s no right in the middle of the city and one that doesn’t have lots of strange people coming and going.  No apartment living for this guy.

Chico is a smart, playful boy who is around three years old and weighs about 50 lbs. – a perfect size!  We think maybe he is a Lab/Aussie mix.  He rides great in car and would love to go with you to run all your errands. He’s met a few kids and did great with them once he got to know them.  He’s very cuddly and sweet.

​Could you be the home Chico has been dreaming of? If so, you can apply to adopt him by going to the top toolbar, click on Adopt, click on Dog Application, then fill it out and send it in.  A nice volunteer from Summit Dog Rescue will get back to you as soon as they can.